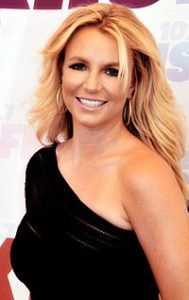 Remember that Britney Spears marriage to a childhood friend in 2004 that lasted only 55 hours? The wedding took place in Las Vegas, where nuptials remain almost as big a deal as gambling and entertainment.

Last year, 81,325 marriage licenses were issued in Clark County, home of Las Vegas. That’s one out of every 25 marriages in the entire country. County officials estimate 80% of the licenses go to tourists, or folks who don’t live here.

While way down from the 126,000 licenses generated in 2004, all this love still generates a lot of local loot. By one estimate, Las Vegas weddings create $2 billion a year in local revenue. Experts think 4% of the 40 million annual visitors to Las Vegas come to attend a wedding.

Las Vegas calls itself the Wedding Capital of the World, and there’s actually a Las Vegas Wedding Chamber of Commerce to promote the industry. Local poobahs bragged when the 10,000th same-sex marriage license was issued earlier this year.

Nevada has what are just about the most liberal marriage laws around. Don’t have to be a resident. No blood test required. No waiting period. Just be single, stay away from first or second cousins, be 18 years old, and bring ID. The state will allow an officiant to preside at a wedding with an “ordination” obtained over the Internet from an outfit like the Universal Life Church. This is a common way for a friend or family member, even from out of state, to preside at a Nevada wedding.

In Las Vegas and the northern Nevada city of Reno, the government office that issues marriage licenses–you do need one to get hitched–is open until midnight seven days a week, including holidays. That’s in case the spirit moves you at 11:55 p.m. on Christmas, or early on a Saturday morning, as was the case for Spears and her first husband, Jason Alexander, of Kentwood, La., after several days of partying with alcohol and drugs. (The marriage was annulled two days later on the following Monday at 12:24 p.m. after a lawyer for Spears petitioned a Las Vegas court that the then-22-year-old-singer “lacked understanding of her actions.”)

Valentine’s Day and the day before are the most popular period in Las Vegas for getting a marriage license, which costs $77.00. After getting the license, a couple has up to one year to solemnize the marriage–you know, the “I do” part–in front of an officiant and one witness somewhere within the state.

If you want to do that without any trappings, Las Vegas has an Office of Civil Marriages (in a different building from the Marriage License Bureau). For $77.75 the office will supply the officiant (but not the witness) and perform the ceremony during regular business hours, with or without an appointment.

In Las Vegas, it’s also possible to be wed without leaving the comfort of one’s vehicle at one of several drive-through wedding chapels. If for some reason even that is too much trouble, there are officiants in Las Vegas who will come to where you are on a moment’s notice.

Want an Elvis impersonator to do the honors? No problem. Other personas are also available upon request. Would Darth Vader work for you?

Still, even in Nevada, there are some rules on officiants–mainly, it seems, to generate revenue. Most officiants–notaries and even clergy–are required to buy a special license from the government. If it’s a friend or family member doing a once-in-a-lifetime favor, the fee in Las Vegas is $25.00 for what officially called “Minister or Religious Official–Single Ceremony: Application for A Certificate of Permission to Perform a Marriage in the State of Nevada.” The signature of the bride and groom is required on the officiant application package, but not, for some reason, in Reno (where, having become New To Las Vegas, I have had some recent experience for a family member in arranging the paperwork, which carries the abbreviation OSM, for One-Shot Marriage).

The short-lived Spears marriage in 2004 was solemnized at A Little White Wedding Chapel, located on a seedy stretch of Las Vegas Boulevard S., north of where the road becomes the Strip. It’s probably the most famous of a cluster of quickie wedding venues in the general vicinity of downtown Las Vegas.

The White Wedding Chapel, which features five venues, has been around since 1951 when the Mob ruled Las Vegas casinos and has been the site of 800,000 weddings. Besides the Spears festivities, others have been noteworthy. To name but a few: two of Mickey Rooney’s eight weddings, Patty Duke’s first and third weddings, fourth weddings of Rita Hayworth, Judy Garland and Joan Collins; Paul Newman to Joanna Woodward, Frank Sinatra to Mia Farrow, and Bruce Willis to Demi Moore.

The oldest dedicated wedding chapel still around is believed to be The Little Church of the West, opened in 1942. It’s moved around a few times and now is on Las Vegas Boulevard S. at the southern end of the Strip near the famous “Welcome to Fabulous Las Vegas” sign. The Little Church’s roster of celebrity weddings includes Zsa Zsa Gabor’s third marriage (of nine), another of Judy Garland’s marriages, Richard Gere to Cindy Crawford, and Angelina Jolie to Billy Bob Thornton. Elvis Presley and Ann-Margret were “married” there in the 1964 movie “Viva Las Vegas,” during the making of which it was reported they were romantically involved.

Most of the major Strip hotels also have and promote their own wedding chapels, although they generally require a longer lead time for booking, and cost a hell of a lot more.

With the recent legalization of recreational marijuana in Nevada, a new entrant in this crowded field is the Cannabis Chapel, also on Las Vegas Boulevard S. The facility is festooned with fake weed plants and officiants who crack one-liners about joints.

Would it be binding legally for a couple to solemnize a wedding while high? Britney Spears might have an opinion about that.