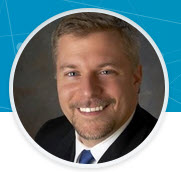 Thomas Malone of New Haven, Conn. just started serving a two-year federal prison sentence after pleading guilty to embezzling a tad over $1 million from a biotech company there he co-founded and was chief financial officer of. If you are a regular visitor to this space, you probably know already where this post is going.

Yep, he took some of the stolen loot and spent it in Las Vegas, on hotel rooms and who knows what else. Perhaps he was hoping to win back the funds and replace what he had taken. Or maybe he just wanted to have a good time.

Either way, he becomes a candidate for my list It Didn’t Stay Here. The criteria is simple: folks who got in trouble elsewhere for something that happened in Las Vegas (in this case the local spending of ill-gotten loot). It’s a cheeky refutation of that famous Las Vegas Convention and Visitors Authority marketing slogan, “What Happens Here, Stays Here.”

You can see the list elsewhere on this page. Malone, now 49, is hardly the first on the roster who stole money and hot-footed it to Sin City. Since becoming New To Las Vegas a few years ago, I have been amazed at how so often this town is the bug light for people with such proclivities.

This account is based on a variety of sources. They include official records of the U.S. District Court for the District of Connecticut, press releases from the U.S. Attorney’s  Office there and news accounts in the New Haven Register. I also consulted Malone’s own LinkedIn page, which, perhaps surprisingly, is still online at this writing (and, not surprisingly, doesn’t mention his legal problems).

Malone is a well-educated fellow, according to his LinkedIn profile, with undergraduate degrees in physics and economics from Georgia universities and an MBA from the University of Chicago. In 2005 he co-founded Artificial Cell Technologies Inc., which he described as a “biomedical nanotechnology company developing synthetic vaccines based on proprietary designed-polypeptide multilayer nanofilm technology.” For a time he was the CEO until Donald Masters, an industry veteran, was recruited to lead the company and Malone became CFO in 2008.

ACT eventually came to focus on a vaccine for malaria, a notorious worldwide disease, and was successful in raising venture capital funding and $4.1 million in grants from the National Institutes of Health.

But starting in 2012, court documents say, Malone gave himself raises and bonuses without knowledge or permission of the new CEO. By 2016, Malone was paying himself $660,000 a year instead of the $281,000 he was entitled to receive. He also charged personal expenses to company credit cards and wrote checks to himself disguised as bonuses. Masters, the CEO, started uncovering the wrongdoing by accident, looking through payroll records on an unrelated matter when Malone happened to be out of the office.

Malone pleaded guilty in October to four counts of theft from a program involving federal funds. The amount of the embezzlement was put at $1,031,508.07. At Malone’s sentencing in March, according to the New Haven Register, Assistant U.S. Attorney Douglas P. Morabito rattled off a list of expenses he said Malone incurred living beyond his means with the proceeds. Besides $100,000 of hotel rooms in Las Vegas, Chicago, and Miami, they included $14,000 in supplies for a large home aquarium, $72,000 in personal Amazon purchases, thousands on adult entertainment, and $13,000 on a family portrait.

Seeking a reduced sentence, Malone and family members argued that the defendant suffered from childhood bullying, feelings of inadequacy and pressures from domestic matters. U.S. District Judge Janet Bond Arterton scoffed at much of that.

Malone faced a maximum sentence of 10 years in prison. Still, despite a U.S. Probation Office recommendation of 2½ to 3 years, and Morabito’s demand for “a substantial sentence of imprisonment,” Arterton meted our just two years, plus that $1,031,508,07 in restitution and three years of supervised release. Malone started serving his sentence in mid-June at the federal prison in Otisville, NY, about 100 miles west of New Haven. According to the U.S. Bureau of Prisons inmate locator, he is inmate No. 25757-014.

Clearly, Malone is not returning to Las Vegas anytime soon. But you probably knew that, too.

Joanne Gmerek: As always, lots of rock solid evidence that speaks for itself. If only Trump and his supporters read…...
William P. Barrett: Some Dude, the folks running these faux charity PACs feel pretty protected, because the law is so toothless and the regu...
Some Dude: Veterans Crisis Relief Fund PAC, keeps calling grandparents saying for them to honor a pledge. The amount of that ple...
Tom: Wast there time let them send a salesman to your home then tell that salesman that you are on the do not call list thank...
William P. Barrett: Jerry, getting vaccinated certainly makes sense to me, as do other measures, like masking and social distancing. I would...
Jerry: Sounds like fear mongering to me. Las Vegas also hosts 40 million visitors, maybe less during this pandemic. The vaccine...
William P. Barrett: Barbara, thanks....
Barbara Evans: Thoughtful piece, Bill. Your legal education helped with explanations in that area, too. Good combination of your know...
William P. Barrett: Janet, you're welcome....
William P. Barrett: Thanks, Bruce....
Bruce Nichols: Awful saga well told, Bill....
Janet Gorkin: Very interesting article!! Thank you for the depth you have brought to this story!!...
Mick: I finally got a call from Jason, I told him to go F@,kK himself, and he started stammering, and stuttering like Max Head...
William P. Barrett: Martha Roberson, I have seen no data suggesting the rate of Guillain-Barre syndrome is higher in Las Vegas than in other...
Martha Roberson: Those who can be vaccinated please do. There are a few Las Vegas persons who cannot be vaccinated because they have a n...
William P. Barrett: Joanne, just reporting on the data, and trying to hang in there. You can be sure I am masked when out and about. Didn't ...
Joanne Gmerek (formerly Rose): Well. You're just a fountain of good news for the Las Vegas folks, Bill. I trust you are well and staying masked in th...
Ren: We are getting these calls on our home phone( we use Magic Jack) several X a week... as soon as it shows a V, 99% chance...
Annoyed as s--t: Sick of this s--t from these robo callers. I read tho, be very careful not to give any personal information. Even saying...
Gary: I get calls from these morons several times a week so this afternoon I waited for the "supervisor" and when he asked how...
Anonymous: I have stopped a few of these callers with a simple question. As soon as I get a person on the line I ask " Did his hea...
William P. Barrett: Scott Smith, OK, but who is hiring them?...
Scott Smith: "Greg", or whatever name is being used, is from India. Note that due to the hatred between India and Pakistan over inde...
Sarah: Jason keeps calling my handicapped MINOR sons cell phone!!!! I have repeatedly asked for it to be stopped. As soon as I ...
No one important: We can put men on the moon but we can't stop Jason....
William P. Barrett: Mollie, as I wrote, "Anna" isn't very smart....
Mollie: Anna called me today - I went along with the call just to be a good sport, but after asking if i could make the donation...
John S: Mike who said "Well, that was surprisingly wordy, yet worthless!"--Don't be a d**k!...
William P. Barrett: Howard Beckerman, I am....
Howard Beckerman: Hi William, Are you the same William Barrett who wrote the Forbes article on best places to retire? Thanks P.S. ...