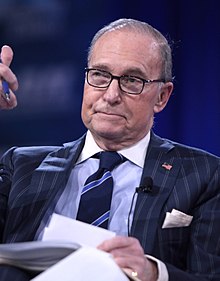 Larry Kudlow, President Trump’s chief economic adviser, said yesterday the financial damage caused by the coronavirus pandemic would start receding within two months. (Last month, he said “weeks and months.”) Other Trump supporters have trotted out that old financial bromide, “This time is different.” They argue that the origins of this recession—and that appears to be what we’re in now—are so transitory that the financial distress will go away fast and with no lingering effect.

I beg to differ.

As a student of financial history long before becoming New To Las Vegas, what I’m seeing is the same old thing. The economic history of the United States consists of a simple repeating pattern: boom, bubble and bust. And the bust part is rarely over quickly.

Depending on who’s counting, there have been 48 recessions/depressions in the 231 years since we adopted our constitution in 1789 (not including the recession I think we’re in now, which hasn’t been officially declared yet by the arbiter of such things, the National Bureau of Economic Research). That works out to better than one recession every five years! Indeed, there have only been a few years in our entire history when we weren’t in a boom-bubble-bust cycle.

A recession—or bust–almost always has been the culmination of a boom and bubble. A boom becomes a bubble when credit becomes too easy to obtain, interest rates are down and asset values grow beyond any reasonable basis.

This surely was happening during the first three years of the Trump administration, fueled in no small part by the 2017 tax cuts and Trump’s hectoring of the Federal Reserve to keep interest rates down, which lured companies to take on large amounts of debt. For few terribly good reasons, the stock market rose an astonishing 47% on Trump’s watch to February 2020.

Here’s my main point. By then the economy was plenty frothy and ripe for a big fall. But that doesn’t generally happen just by itself. There’s almost always a precipitating external factor that turns a bubble into a bust, something that wakes up everyone to the irrational exuberance or disrupts the implicit narrative of good times continuing forever.

In the 17th Century, it was realizing the stupidity of the price of one tulip bulb in The Netherlands, bought with borrowed money, reaching $750,000 (in today’s dollars). In the 2000 dot.com bust and recession it was huge stock market valuations given to Internet companies with huge negative cash flows. In 2007, helping to trigger the Great Recession, it was the realization a bank had given a $15,000-a-year strawberry picker a $720,000 mortgage to buy a home in Hollister, Calif.

This time it is the coronavirus pandemic with the accompanying shutting down of much of the U.S. (and world) economy, leaving companies (and individuals) unable to pay debts coming due. It’s a different kind of classic precipitating factor, but a precipitating factor nevertheless.

There is a wide range, but the average length of all the recessions/depressions in U.S. history has been about 20 months. So if history is any judge, and notwithstanding the $2 trillion stimulus program, the recession I think we’re in now will extend well into 2021.

Why is this important? The last president to win reelection during a recession/depression was Republican William McKinley all the way back in 1900. (Franklin D. Roosevelt, who won his first term in 1932 during the Great Depression that sank incumbent Herbert Hoover, managed to win his second, third and fourth terms between assorted economic downturns.)

For the past couple years Trump and his sidekick Kudlow has been trying mightily to gin up the economy. We all were spectators watching a race to see which would come first—the November 2020 presidential election or the bust.