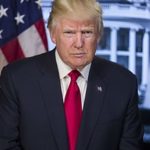 For a man who owns half of the Las Vegas Strip hotel that is the state’s tallest non-casino building, you’d think President Donald J. Trump would know more about Nevada. He mispronounces the state’s name at every opportunity–saying “nev-AH-da” (schwa A in the middle) when those of us who live here say “nev-ADD-a” (short A in the middle). During a 2016 presidential campaign rally in Reno, he actually lectured the locals on their pronunciation. So maybe it wasn’t all that surprising that he lost the state’s six electoral votes to Hillary Clinton. 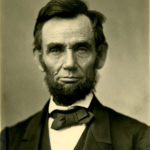 Although he still mispronounces Nevada, Trump is trying to avoid the same electoral result this year. He says Democrats are working to rig the state’s election results by passing a law temporarily turning Nevada into a vote-by-mail jurisdiction. This would be similar to the long-standing practice of a number of other Western states (including adjoining liberal Oregon and conservative Utah). The stated motivation in Nevada is the coronavirus pandemic and the avoidance of long lines outside polls on Election Day.

Trump’s campaign just filed a lawsuit in federal court in Las Vegas challenging the Nevada changes. His operatives clearly believe a broader franchise would work against him, so Trump is simply trying to rig it his way. Democrats now hold a statewide registration edge. But it is also a fact that Nevada as a whole has gone Republican in eight of the past 13 presidential elections and hasn’t voted against an incumbent since 1992.

I am still New To Las Vegas. But as far as I know, there is no sweeping history here of election fraud. (That’s assuming you don’t include the time in 1940 when Democrats covered up the fact that incumbent U.S. Sen. Key Pittman was on his deathbed until after Election Day so the governor, a fellow Democrat, could appoint Pittman’s replacement upon his death five days following his “re-election.”) Certainly there is nothing like the Republican operative in North Carolina now under indictment for election shenanigans that forced a Congressional election to be rerun.

But it is historically fascinating to me that Team Trump is obsessed with election rigging in, of all places, Nevada. Why? Because, as I wrote in this space four years ago and repeat below, Nevada actually became a state to rig an election for Abraham Lincoln. As it turns out, he is a man with whom Trump regularly compares himself and apparently would like to join on Mount Rushmore.

Fake news, you think? Read on.

The year was 1864. The United States was in the fourth year of the bloody Civil War. Lincoln, like Trump a Republican, was running for reelection. With 11 Southern states in secession, there was growing discontent against the war in the North. Strong pockets of anti-Lincoln sentiments existed in places like New York, then-tiny Los Angeles and my native New Jersey, the only northern state with legal slaves (13, to be exact). The Democratic candidate against Lincoln was one of his generals, George B. McClellan, who actually ran while still in the military.

Not unlike conditions now, the political scene was muddled. The Republicans were badly split. One faction, headed by the war criminal John C. Frémont (yes, the fellow for whom glitzy Fremont Street in Las Vegas would be named) wanted an immediate end to slavery and was unhappy with Lincoln’s slower approach. The Democrats were even more split, with War Democrats, Peace Democrats, Moderate Peace Democrats, Peace with Slavery Democrats, and so on.

Lincoln already had helped engineer one new state. Some 41 western counties of Virginia split to form the pro-union (and pro-Lincoln) state of West Virginia in 1863. That gave him five more electoral votes. Where else could he look for more?

At the outset of the Civil War, Congress split thinly populated Nevada from Utah to become its own territory. Its top officials were appointed by Lincoln. They immediately began agitating for statehood, even though the state’s population of maybe 25,000 was way below the 60,000 threshold for statehood set in a 1787 federal law. Still, a territorial constitutional convention was convened. A constitution was drafted. But there were big differences over how mining–with gambling decades off, the state’s only real revenue source–would be taxed. On January 19, 1864, Nevada voters nixed the draft constitution by a lopsided vote of 8,851 to 2,157. No constitution, no state, and thus no three electoral votes for Lincoln.

The federal election was just nine months off.

Undaunted, the Republicans tried again. In Washington, D.C., the Republican-controlled Congress quickly passed, and Lincoln signed, a bill that would allow statehood for Nevada if the territory adopted a constitution and condemned slavery. The legislation also allowed Lincoln alone, rather than the deliberative Congress, to declare Nevada a state.

Now, that fast-track provision definitely could be called a rigging.

Back in Nevada, a second constitutional convention was called by Lincoln’s supporters. A compromise was reached on mining taxation, and a new constitution was drafted. Put to the voters, it passed easily, 10,375 to 1,284. The date was September 7, 1864.

The federal election was just 62 days off.

Nevada officials immediately sent a copy of the constitution to Lincoln–by U.S. mail. Bad move; the package never showed up. By the time its non-arrival was noticed, it was too late to resend (the transcontinental railroad going through northern Nevada was still five years away from completion). U.S. Secretary of State William H. Seward asked Lincoln to proclaim statehood without the document in hand, but Lincoln–a careful lawyer–refused. So Nevada Gov. James Warren Ney, in what has been described as the second-longest telegram ever sent, wired the entire document to the Department of State at a cost of $4,300 ($71,000 in today’s dollars).

The federal election was just eight days off.

On November 8, 1864, the part of the U.S. not in rebellion voted for president–including Nevada. Things had started moving in Lincoln’s way, and as it turned out, Lincoln didn’t need the newest state. He received 55% of the national popular vote and overwhelmingly won the electoral vote, 212 to 27. McClellan captured only Kentucky (where Lincoln had been born), Delaware and McClellan’s home state of New Jersey with those 13 slaves.

Lincoln handily won the popular vote in Nevada, 9,826 to 6,594. The total of 16,420 votes was the least cast in any state. (The southern tip of Nevada where Las Vegas is did not become part of the state until 1867 when Congress transferred it from Arizona.)

But despite the rigging, Lincoln still didn’t get all of Nevada’s three electoral votes. Due to a snowstorm (Nevada, after all, is the Spanish word for “snow-covered”), one of the electors pledged to Lincoln could not make it to the state capital of Carson City a month later for the formal meeting and voting of Nevada electors. So Lincoln ended up getting two electoral votes from Nevada, but not three.

Over time, October 31 became Nevada Day, a state holiday that closes government offices. Since 2000 it has been celebrated on the last Friday of October for a nice mid-autumn three-day weekend.

This year, Nevada Day will fall on October 30–just four days before Election Day. Politics here and elsewhere undoubtedly will be at a fevered pitch. Trump is clearly no student of American history (he once said former President Andrew Jackson was upset about the Civil War, although it didn’t start until 16 year after his death). So it is likely Trump’s knowledge about the machinations behind Nevada becoming a state matches his ability to pronounce its name correctly. We’ll see what he learns on November 3.

At a press conference today in Washington, Trump said he would deliver his speech accepting the Republican nomination for president later this month at one of two venues: the White House, or the Gettysburg National Military Park in Pennsylvania. The latter, of course, is where Lincoln delivered his famous Gettysburg Address in 1863, the year before he rigged the admission of Nevada as a state. It is really hard to make this stuff up.