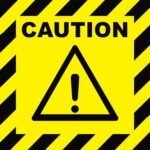 At the New To Las Vegas world headquarters I’m getting as many as 10 telephone calls a week from someone who says he’s with Energy Advocates, marketing home solar energy systems. Most of the time he says his name is “Jason;” occasionally, it’s “Greg.” But it’s the same voice every time, which may not be surprising because the voice is generated by a computer using technology and probably a real person to monitor how I respond.

Now, I would tell you that any outfit using a computer to call me 10 times a week is not on the up and up. Another reason for my thinking this: The local telephone number that shows on the caller ID generally is nonexistent, as I find when I call that number after the call to me is over. Judging from complaint postings on the Internet, Energy Advocates is plying its scheme nationally.

It’s exactly the same pitch every time. Jason/Greg asks how I’m doing. No matter what I respond–and I once said I was just diagnosed with terminal coronavirus and was in hospice care on a ventilator–he says that’s good, then moves into his spiel. Jason/Greg says he is working on home solar power, that it can be installed at no cost to me, and he would like to explain it to me. “I understand you are the homeowner,” he says, and asks for confirmation. He then asks if I spend more than $100 a month on electricity.

When I say yes–it’s sort of hard not to in broiling, over-air conditioned Las Vegas–he explains nothing. Jason/Greg says that’s all the information he needs and that he will refer me to his “supervisor” who will make sure all the information I have given–at that point, pretty much nothing–is correct.

The real fun begins when the “supervisor” comes on the line, sometimes even before Jason/Greg has finished speaking. I get a different supervisor on every call, suggesting Energy Advocates has a lot of people working on whatever it is doing. The “supervisor” is a real person, usually but not always male but always speaking heavily accented, often-hard-to-understand English yet giving me a quintessential American and likely false first name like “Mark,” to provide but one example. (I’ll get back to “Mark” shortly.)

For those who stay on the line with me, I ask where American Solar is located. I get a variety of answers, but the most common response is Harrisburg, Pa. There doesn’t seems to be a business–legitimate or otherwise–by that precise name in Harrisburg. That apparently hasn’t stopped others getting these unsolicited robocalls from poking around on the Internet. Which could be the reason why, 120 miles to the south, American Solar Inc. of Annandale, Va.–a real outfit that only does commercial work–has this notice on its website:

If you received a call claiming to be from “American Solar,” that call did not come from American Solar, Inc. of Virginia. We do not do telemarketing and we do not do residential work. We are aware that people are making calls referring people to “American Solar”. In fact, the calls and reference to our company are being made without our permission and without our ability to stop them. From the results of conversations with others who have received the calls, we believe they are trying to get personal or financial information from recipients for inappropriate use. We attempted to have the calls stopped via several contacts with Federal and state agencies, but we have concluded that those efforts will not be productive.

I haven’t been able to find an address anywhere in the country for the Energy Advocates operation represented by Jason/Greg. But Energy Advocates LLC, a power consultant in Massachusetts that also does not install solar, has this notice on its website:

Energy Advocates is not engaged in any telemarketing or robocalling activities. We are aware of the robocalls coming from someone named Jason who claims to be from our firm but he is not.  We have been in touch with the Federal Trade Commission about this issue.  The only productive activity that you can engage in to stop these calls is to file a formal complaint with the Federal Trade Commission.

“Mark” was the professed name of the most recent pitch I received that was handed off by “Jason.” I repeatedly asked “Mark” where the office was located. He alternated between Los Angeles and Las Vegas; perhaps he didn’t know where I was. (There’s no American Solar office that I can find in Los Angeles.) Finally, I asked where the Las Vegas office was located. He asked why and I said it was for my records so I would know whom I’m dealing with. He gave me an address: 1111 High St., Las Vegas, NV 89106.

You probably will not be surprised to know there is no 1111 High St. in Las Vegas, in zip code 89106 (a real zip code in the center of the Las Vegas area) or anywhere else locally. There is a High Street, in a very different Las Vegas zip code on the west side of town. According to Google Maps, the one-block-long, dead-end street, numbered in the 6500s, has a single building along it housing a real estate services company.

I asked Mark for his phone number and email address–for my records, of course. He declined to provide these–more evidence, naturally, that he has nothing to hide.

Eventually, after peppering “Mark” with additional questions, I asked him what role he played in all this. He said his job was to “verify” information from me so that I could be referred to “experts” from as many as five solar companies who would get in touch with me.

But then I told him my job was to see how much information I could get from him without giving him any in return. “Mark” exploded. “Your job is to go f—— yourself,” he responded cleverly. Despite his hard-to-understand English, he voiced the expletive quite clearly. I actually sort of giggled.

He said I had been wasting his time. Now that may have been the first accurate thing he said during our entire conversation. “Mark” then hung up.

I can’t wait for the next call from “Jason” or “Greg.”

UPDATE ON DECEMBER 16, 2020: On top of scores of calls over the past few months from “Jason” and “Greg,” I just received a call–in the same computer-generated voice–from “Jeff Henderson.” He said he was with Energy Advocates, but added a new location: Lancaster, Pa. That’s not too far from Harrisburg, Pa., which some of the previous callers have claimed (falsely) the operation is based in. Following the usual m.o., “Jeff” referred me to a real person who had trouble enunciating English but nevertheless said his name was a common American one,  “Paul.”  “Paul” said he was in Tampa. Hey, I said, “Jeff” said Energy Advocates was in Lancaster, Pa. “Paul” claimed the operation was everywhere. Eventually, “Paul” asked me if I or other members of my family had good credit scores. When I declined to confirm a high FICO score, “Paul” hung up.