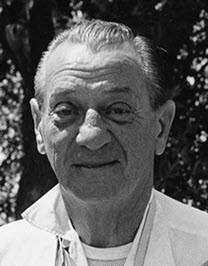 Last month, a Federal Government audit said Sunrise Hospital and Medical Center, a major Las Vegas health facility, overbilled Medicare by $23.6 million over a two-year period and should pay it back. In a response included in the audit itself and in a later statement, the hospital denies wrongdoing and says it will appeal.

But as a student of Las Vegas history, I find considerable irony in this accusation against Sunrise, which opened in 1958 as a high-end place. For the facility was co-founded by Morris Barney “Moe” Dalitz, a much-written-about mobster linked to the infamous Las Vegas “Skim.” That was the long-running ploy by which organized crime siphoned off casino house winnings before officially declaring profits, committing massive tax evasion against, among others, the Federal Government.

The Skim was the bug light that helped draw mob associates from all over the country to Las Vegas. It was wildly lucrative–not unlike, I suppose, wrongly billing the feds for medical procedures, if this audit is to be believed.

Sunrise is located along Desert Inn Road, named for a long-gone hotel casino a mile away on the Strip that was Dalitz’s first property in Vegas when he arrived in his late 40s after serving in World War II. An ex-bootlegger from Cleveland who also had run illegal casinos, Dalitz was desperate to go legit–especially in the eyes of high society–and the creation of Sunrise Hospital helped him do so. He never was convicted of a crime. By the time Dalitz died–from natural causes–in 1989 at age 89, he had received numerous civic accolades, including Humanitarian of the Year from a cancer group.

Fronting for the Cleveland mob, Dalitz obtained control of the yet-to-be-opened Desert Inn when the original promoter, Wilbur Clark, ran out of money. Dalitz later obtained a piece of the Stardust Resort and Casino and obtained financing from a mob-influenced pension fund run by Jimmy Hoffa, the corrupt Teamsters union boss. (That Teamsters pension fund also helped finance initial construction of Sunrise Hospital.) The Stardust later became one of the models for the mob-run operation depicted–including the Skim–in the famous 1998 movie Casino, starring Robert De Niro and Sharon Stone.

By many written accounts, the Desert Inn and the Stardust, which faced each other across the Strip, were hotbeds of skimming–along with any number of other Las Vegas facilities. This started to change as federal prosecutors began criminal cases and corporate interests like Howard Hughes started to buy up properties. Indeed, it was Dalitz who sold the Desert Inn to Hughes in 1967, the reclusive tycoon’s first gambling purchase.

Eventually, the Desert Inn was knocked down after Steve Wynn bought the property in 2000 and built the Wynn Las Vegas casino hotel on the site. The Stardust changed hands several times before it, too, was imploded in 2007. Finally nearing completion on that location, now owned by a Malaysian company, is Resorts World Las Vegas.

Sunrise is currently owned by the giant national provider HCA Healthcare, which is no stranger to Medicare overbilling. Several decades ago, long before I became New To Las Vegas, the company paid the feds $1.7 billion in what at the time was called “the largest health care fraud case in U.S. history.”

In the Medicare audit, first reported on Friday by the Las Vegas Review-Journal, the Office of Inspector General in the U.S. Department of Health and Human Services wrote that it found billing errors in 54% of the sampling of claims reviewed during 2017 and 2018. Extrapolated over all claims, the audit said the hospital received overpayments of “at least” $23.6 million. It does not appear the auditors found many examples of underbilling.

I welcome comments below on any of the issues raised here.

The 2001 book, The Money and the Power: The Making of Las Vegas and Its Hold on America, 1947-2000, by Sally Denton and Roger Morris, says the Skim went as high as 75%. The audit report said Medicare paid $245 million to Sunrise over the audit period, so the claimed overcharges were about 11%. That pales next to the peak Strip skim. But it ain’t nothing.

In downtown Las Vegas The Mob Museum contains much material about both the Skim and Dalitz. But a search of the extensive Sunrise website turns up no mention of the facility’s leading co-founder. Must be a reason.