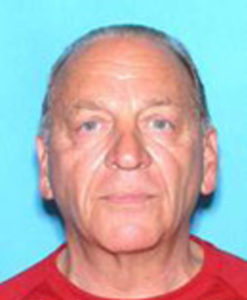 Part of the mystique surrounding Las Vegas stems from the role starting in the 1940s of organized crime figures from other places. They developed the casino scene along the Strip with hidden interests to further their skimming of gambling proceeds.The conventional wisdom is that over time legitimate corporate interests, most notably Howard Hughes, bought out the mobsters and with the help of law enforcement drove them all away from the Silver State. (The 1995 Martin Scorsese film Casino captures in fiction some of this history.)

I think that perception is the reason a nervous buzz went through the Las Vegas Valley earlier this month. There was news that a reputed capo of the mob family which helped inspire the TV show “The Sopranos” lived in the Las Vegas suburb of Henderson and had pleaded guilty for ordering someone be whacked and also for violating terms of a supervised release. You’re not supposed to order that someone be whacked while on supervised release.

According to court documents, the murder was never carried out because (1) the fellows the capo now admits he dealt with to order the deed were undercover FBI agents, and (2) the feds wiretapped the hell out of the caper.

The capo, Charles Stango, 73, faces 10 years and a $250,000 fine when he is sentenced in late March. He has a number of colorful nicknames, including “Charlie the Hat,” “The Mad Hatter,” “Beeps”–and a long criminal record that included the 1980 murder of a mob associate behind a hotel in Elizabeth, N.J., for which he served 20 years.

Stango is a New Jersey boy, where he was an important figure in the DeCavalcante crime family. The criminal case against him is in New Jersey federal court in Newark. But after getting out the slammer in 2012 following his latest stretch for a racketeering conviction, he settled in Henderson. Just south of Las Vegas, Henderson has a reputation as a quiet, safe place. According to court records, Stango lived in a modest house titled to someone else in the Green Valley section.

Now, a lot of folks move to Henderson for retirement, and Stango was certainly of that age. But according to a partial transcript of a secretly recorded conversation with an undercover informant, filed in the New Jersey court, Stango expressed a, uh, business reason.

Exactly what Stango intended to do in the name of that organized-crime banner in Las Vegas isn’t clear from court records. But it’s doubtful he planned to march in the annual Las Vegas Veterans Day Parade, said to be the largest in the West. The charges involve a plot to kill New Jersey Mafioso Luigi (Lou the Dog) Oliveri, who–sort of like a TV plot–had angered Stango by insulting a fellow mob boss at a social gathering and falsely claiming to be a “made” crime family member.

According to court records, Stango did some of the plotting in Henderson, talking on the phone and meeting with what he thought were like-minded folks. (The federal press release announcing the charges thanked the FBI office in Las Vegas for its role in the investigation.) But Stango also traveled to New Jersey, where at the same time he was trying to set up a high-end prostitution business along the Jersey shore with his son, Anthony.

The feds arrested the elder Stango at his Henderson home in March 2015 and immediately transferred him to a prison in New Jersey. Nine alleged associates were also arrested at the time, all in the New Jersey area, including Anthony.

One by one, many of the others cut deals and pleaded guilty. With all the recorded evidence, it was only a matter of time until Stango did the same.

Still, word that a mobster with documented credentials had been in the Las Vegas area was big news hereabouts. “An alleged captain in New Jersey’s DeCavalcante crime family is alive and living here,” read a breathless post on the blog of the Mob Museum, a popular tourist attraction in downtown Las Vegas.

Long before becoming New To Las Vegas, I grew up in New Jersey. Talk of the mob was almost an everyday thing. A long time ago, “New Jersey: More Than Just the Mob” was a runner-up in a magazine contest for a new state slogan to replace “The Garden State.”

The DeCavalcante crime family operated mainly in North Jersey opposite New York City. Its members didn’t have the clout of the five mob families in New York, nor the Philadelphia crime family, which crossed the Delaware River into South Jersey and Atlantic City. That frustration was likely one reason why its persona became one of the tortured psychological models for the “The Sopranos,” the popular HBO show starring my fellow Rutgers alum, James Gandolfini.

The brothel that Stango and his son were working on ended up not being part of the charges to which Stango pleaded guilty. But according to court filings, the plan was to hide it behind a club advertised as giving proceeds to wounded veterans. The idea, père counseled fils, was to keep it low-key.

“The bulls and the bears, Anthony, they survive,” Stango told his son in one recorded conversation (I’m cleaning up the language a bit). “The pigs they get slaughtered. OK? Always go for a bologna sandwich. OK? You know? Don’t go for the french fries and steaks. Just get the bologna sandwich. If you got five bologna sandwiches, you’re eating pretty good.”

Sage advice for life, even if it didn’t work out very well here for the Stango family. At his age, there’s a fair chance the elder Stango will die in prison without ever returning to the Las Vegas area. So does that leave any other wise guys out here?