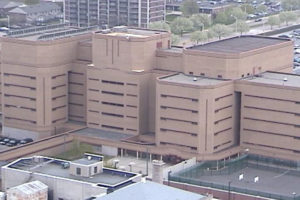 The title of the 40-page document is hardly a grabber: “State of New Jersey, Final Administrative Action of the Civil Service Commission. In the Matter of Tia Smith, Camden County Correctional Facility, Department of Corrections.” But for several reasons its contents spoke loudly to me.

Smith, a correction officer with two college degrees and six years on the job, flew with friends to celebrate her birthday in Las Vegas last year. But according to the decision, rather than getting back in time to Camden for her next assigned shift, she falsely phoned in sick while still in Las Vegas. Partly because this was not her first offense as an employee, Smith was fired. The dismissal was upheld this month by the independent New Jersey state agency charged with protecting governmental workers against arbitrary employment actions.

This more than makes Smith a candidate for my list, It Didn’t Stay Here. The roster consists of folks in trouble somewhere else for something that happened in Vegas. It’s a refutation of “What Happens Here, Stays Here,” the famous marketing slogan of the Las Vegas Convention and Visitors Authority. My ever-lengthening list of nominees can be found elsewhere on this page. Smith has some prominent company, including Bill Cosby, Donald J. Trump and French president Emmanuel Macron.

But there’s another reason this case drew my attention. Long before becoming New To Las Vegas, I was New To Camden, which is just across the Delaware River from Philadelphia. I was born and raised in Camden County, then and now a place full of governmental mischief. For most of the 1970s and into the 1980s I worked there as a reporter for several newspapers. One of them was the Camden Courier-Post, whose reporter, Jim Walsh, recounted today the sad story of Smith’s dismissal, for which I am indebted. My account is drawn from the aforementioned Civil Service Commission decision, incorporating and ratifying the written opinion of Administrative Law Judge Dorothy Incarvito-Garrabrant.

Smith and two girlfriends flew from Liberty-Newark International Airport to Las Vegas on Friday, February 10, 2017, as part of what was described as Smith’s “traditional” week-long birthday celebration (the decision doesn’t say which birthday). The trip was booked through Vegas.com–once owned by the family that founded the Las Vegas Sun–and the printed Vegas.com itinerary is part of the administrative court record.

But Smith had this small logistical issue. Her return flight from Las Vegas was scheduled to land Newark on Monday, February 13, at 4:30 p.m. However, her shift in Camden, a two-hour drive from the airport, was scheduled to begin much earlier that day at 7 a.m. She had not put in ahead of time to take that day off, perhaps because her request might not have been granted.

In Las Vegas Smith and her friends “shopped, walked the Strip and did sightseeing,” according to one of her friends. On Sunday, February 12, they took an all-terrain vehicle ride in the desert outside Las Vegas. Upon returning to the hotel, she called the Camden County jail, said she was nauseated and had developed a headache, and would not able to work on Monday, February 12. She did tell jail personnel she was calling from Las Vegas, which was accurate but probably looked suspicious as hell. Smith eventually called in sick for Tuesday, February 13, too.

Incarvito-Garrabrant, the administrative law judge, wrote that Smith made up the story of being ill, noting that she frequently went on ATV rides in the past and in this instance took no medication and did not see a doctor. The judge also concluded that Smith’s account was full of knowing misstatements. “Simply put, appellant [Smith] lied about the facts and circumstances surrounding her Las Vegas vacation,” Incarvito-Garrabrant declared. “Appellant exhibited poor judgment and a cavalier attitude for her position and the department, when she chose to depart for Las Vegas knowing she had no guaranty or certainty of returning home before her next tour of duty. Appellant’s actions showed she was more concerned about her birthday week and her vacation time.”

The Courier-Post story said Smith’s lawyer could not be reached for comment. Smith, who generally denied wrongdoing, has the right to appeal the decision to the regular court system. Her Sin City birthday outing is undoubtedly one she will never forget. For me, the loudest message from Camden is three strikes and you’re out.