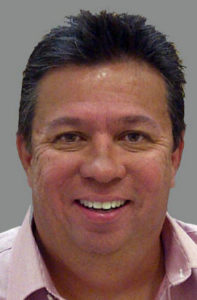 Hawaiians call Las Vegas their “ninth island” because they love to visit, gamble and, thanks to the lower cost of living, even live here. By one account, every year 10% of all Hawaiians make the 5,550-mile roundtrip to Vegas, many traveling several times a year. Dozens of Hawaiian high school class reunions are held annually in Sin City. The California Hotel and Casino in downtown Las Vegas caters mightily to this offshore market with Hawaiian signage and cuisine. As someone New To Las Vegas, I run into native Hawaiians around town all the time.

Among those frequent visitors has been the family of Brian Ahakuelo, a once-prominent union leader on the islands. However, there may be a problem with some of the travels. If a recent 70-count federal indictment in Honolulu is to be believed along with an earlier union investigation, some of the trips were financed with money stolen from his union.

Ahakuelo, 58, wife Marilyn Ahakuelo, 55, and sister-in-law Jennifer Estencion, 52, all have pleaded not guilty to all the charges, the result of a three-year federal probe. Their lawyer promises a vigorous defense. The allegations include embezzlement, wire fraud, conspiracy and money laundering. Some of the criminal charges carry prison sentences of up to 20 years.

That makes Ahakuelo and his wife the newest candidates for my list, It Didn’t Stay Here. It’s a roster of folks in trouble elsewhere for something that happened in Vegas. It’s my rebuttal to “What Happens Here, Stays Here,” the famously cheeky marketing slogan of the Las Vegas Convention and Visitors Authority. The list can be found elsewhere on this page.

This account is put together from various sources. They include the indictment, other official court records, union documents and news accounts going back years in the Hawaii media.

Ahakuelo was business manager of International Brotherhood of Electrical Workers Local Union 1260 in Honolulu for five years. He was ousted in 2016 after the parent union placed the local in trusteeship for a time over allegations Ahakuelo ran the labor unit sort of like a family business. That action seems to have triggered the federal investigation leading to the indictment.

“Brian Ahakuelo hired family members at inflated salaries (some of whom did little or no actual work for the union) and authorized the use of union funds for personal travel, a vehicle, and dining expenditures,” declared a press release last month from the U.S. Attorney’s Office in Hawaii.

The charging document picks up on that theme. It accuses Ahakuelo and his kin of living large on the union’s dime and even falsifying the results of a union vote to raise dues by a reported 100% so they could continue to live large. (In a separate federal case, according to online court records,Michael Brittain, a crony of Ahakuelo, just pleaded guilty to the vote-rigging conspiracy and agreed to testify against him.)

As so often seems to be the case with allegations of far-away ill-gotten gains, Las Vegas figures into the mix. “On or about October 16, 2014,” the indictment states, “Marilyn Ahakuelo expended Local 1260 funds for personal travel to Las Vegas, Nevada, coinciding with the closing of a home purchase in Nevada.” Another portion of the indictment states it more vividly: “Marilyn Ahakuelo … while an employee of Local 1260 … did embezzle, steal and unlawfully and willfully abstract and convert to her own use (and the use of others) the moneys, funds, securities, property, and other assets — in the approximate amount of $1,564.00, in that Marilyn Ahakuelo used Local 1260 funds to pay for roundtrip airfare to Las Vegas, Nevada … a trip for which there was no union purpose or benefit.” (The indictment doesn’t say who bought the house, but news accounts in Hawaii have suggested an Ahakuelo in-law lives in Las Vegas.)

Then–again quoting the indictment–“Brian Ahakuelo and Marilyn Ahakuelo expended and directed the expenditure of Local 1260 funds for personal travel to Nevada in or around Thanksgiving 2015, Christmas 2015 and New Year’s Day 2016.” The cost of that travel was put at $3,313.24. Another section of the indictment suggests they stayed there for 43 days from November 21, 2015 until January 3, 2016, meaning the union’s top man was thousands of miles from his office for more than a month.

Other expenditures in the notice included additional airfares to and from Vegas by Ahakuelo and his wife, Vegas taxis, Vegas meals, a Vegas rental car, gas and a Vegas hotel room. No word if it was at the California Hotel and Casino.