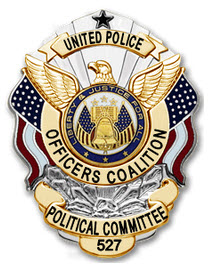 Just before noon on a recent morning, “Andrew Redlow” cold-called the New To Las Vegas world headquarters pleading for a cash contribution to what he said was United Police Officers Coalition PAC. Of course, I started asking simple questions, like where are you located? He answered that one: Washington, D.C. But another query really stumped him: How old is your organization?

“Andrew” responded with irrelevant answers, essentially continuing his pitch about how the money would help elect people to Congress sympathetic to law enforcement types who are being abused. I repeated my question. “I’m sorry,” “Andrew” said finally. “I can’t answer that kind of question. I’ll add you to our do-not-call list.” He abruptly hung up.

Then, not four hours later, in the afternoon, the phone rang. It was “Andrew Redlow” again, making the identical pitch again for the United Police Officers Coalition PAC. Simply shameless!

I use quotes because “Andrew Redlow” (I’m guessing at the spelling; that’s how it sounded) is not a real person, but a voice generated by a computer using what is known as soundboard technology. Which is not surprising because, as I discovered from a little research between the two calls, United Police Officers Coalition PAC isn’t a real organization, either. It’s simply a sympathetic fundraising name used by another outfit, Constitutional Leadership PAC.

Moreover, I learned Constitutional Leadership PAC is barely a PAC, or political action committee, which is supposed to make contributions to political candidates or causes it approves of. According to its own public filings, since its founding in 2019 (the question “Andrew” couldn’t answer), CLPAC has spent next to nothing on political contributions while spending almost everything raised on other stuff. I call PACs with such glib telephone patters and terrible financial efficiencies faux charities.

I also learned neither CLPAC nor United Police Officers Coalition PAC is approved to solicit in Nevada. A new state law requires fundraisers soliciting money in Nevada for, among other purposes, law enforcement causes to register and make publicly available financial filings.

Finally, I learned CLPAC is mentioned in a pending federal-court civil lawsuit in Pennsylvania alleging violations of federal law in connection with telemarketing for faux charities. Except that the lawsuit repeatedly uses the phrase “scam PACs.” And as it turns out, the lead defendant, who owns a number of companies involved in such fundraising, lives in Las Vegas.

The data I cite here come from CPAC’s filings with the Federal Election Commission. That’s the largely toothless agency that has done virtually nothing to, ah, police this corner of the industry it is supposed to regulate.

In its short history of existence, from August 12, 2019, to December 31, 2021, CLPAC, raised $2.36 million in contributions, mostly in small amounts from moms and pops, and spent $2.21 million. I see only $88,000 spent in support of political office candidates or causes. That’s less than 4 cents of every dollar raised or spent. And this included the hotly contested political year of 2020.

These are really terrible numbers. As a would-be donor looking for efficient political advocacy, wouldn’t you want to know these ratios before deciding whether to give?

The new Nevada law that CLPAC is ignoring, Senate Bill 62, dramatically widened prior registration and financial information-filing requirements, which previously had applied only to certain charities that had tax-exempt status with the Internal Revenue Service. Contributions to PACs are not tax-deductible by the donor. The new Nevada law covers, among a variety of causes, any organization–tax-exempt or not–soliciting in Nevada that “purports to be established for … the benefit of law enforcement.”  The legislative history of the bill makes clear that includes PACs.

Gov. Steve Sisolak signed Senate Bill 62 into law on May 25, 2021. The measure took effect on October 1, 2021.  I just searched the website of the Nevada Secretary of State, which is supposed to receive, process and post this information. There is no mention of a registration by CLPAC or its d/b/a, United Police Officers Coalition PAC.

Meanwhile, CLPAC is among 24 faux charities identified in a civil lawsuit seeking class-action status filed in September in federal court in Harrisburg, Pa., alleging violations of the Telephone Consumer Protection Act of 1991 for various telemarketing activities on their behalf. CLPAC is not a named party to that case. But the lead defendant is Richard Zeitlin, a veteran telemarketer who lives in Las Vegas. Also named as defendants are several companies he allegedly owns, including at least one that recently received money from CLPAC. The litigation is still in its early stages, but the Zeitlin side has filed motions to dismiss the case on various procedural grounds

Zeitlin is a controversial character who has battled the Federal Trade Commission and whose activities have been the subject of lengthy exposes by the Center for Public Integrity (click here and click here) and Reuters (click here). Despite money going to Zeitlin’s empire, it’s not clear to me the full extent of the involvement Zeitlin or his firms now have with CLPAC, which on filings lists as its treasurer one Robert Price. Price is also mentioned without being a party in that Pennsylvania lawsuit.

Last week, I emailed requests for comment on many of the issues I have raised above to CLPAC, Price and Zeitlin, and will update this post if I hear back. But as it turns out, Zeitlin for several years has maintained a website, www.richardzeitlintruth.com. There, he robustly defended his telemarketing practices and attacked what called overreaching government regulation and regulators. But on a page headlined “Fundraising,” he also admitted his companies keep as much as 90% of the amount donated. Aha!

The Zeitlin site was active as recently as a few days ago. But it seemingly went dormant after I sent my request for comment through it and at this posting isn’t working. Fortunately, you can still find the pages on the Web site InternetArchive.org, which used to be called the Wayback Machine. Zeitlin’s site is very entertaining–and very revealing.

As for “Andrew Redlow,” it doesn’t bother me that he called so soon after promising not to. I understand such conduct might bother you. But for me, where do you think I get leads and material for posts like this?