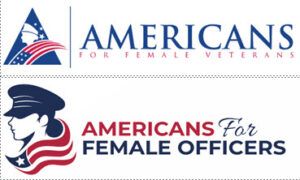 Back in October, I wrote about United Women’s Health Alliance PAC. It’s a political action committee based in Washington, D.C., that emotionally solicits money on the phone for causes like females in uniform and health care sounding like it’s a charity–which it isn’t–and spends very little of what it receives on the stated missions. I predicted this PAC, which I call a faux charity, would simply ignore a new Nevada law known as Senate Bill 62 requiring it to first register and file financial statements before approaching would-be donors like me. UWHA-PAC is “betting on the sad track record of Nevada’s two charitable regulators,” I declared at the time.

Last week, I received cold-call robocalls at the New To Las Vegas world headquarters from two d/b/a fronts that UHWA-PAC uses nationally, “Emma” speaking for Americans for Female Officers PAC (she’s the one who called in October) and “Simon” from Americans for Female Veterans PAC, a newbie. I use quotes because both were computer-generated voices using the obnoxious practice known as soundboard technology. I’ll get back to those calls in a bit.

Then I called the main office in Carson City of the Nevada Secretary of State–one of those two regulators in Nevada–to see if maybe there was a lag in posting online new PAC registrations. Again, no. I was assured that all PAC registrations are immediately put up on the Internet. But the person I spoke with didn’t seem familiar with the new Nevada law requiring prior registration and financial filings for any organization soliciting within the state for causes benefiting, among other categories, law enforcement (female officers), public health (women’s health) and patriotism (female veterans).

In Nevada, regulation of charities and fundraising solicitation is divided by state law between two state agencies, the Secretary of State’s Office, as I mentioned, and the Nevada Attorney General’s Office. The effect is that there is no regulation, meaning no protection of consumers. So the Silver State is a happy hunting ground for out-of-state solicitors counting of the continuing ignorance of would-be Nevada donors. A law on the books since 2013, now codified as Nevada Revised Statutes 82A.120, requires the Secretary of State’s Office to post full financial statements of soliciting organizations on its website. But so far, the SOSO hasn’t posted even one. I wrote about this five years ago for The Nevada Independent.

That new law, Senate Bill 62, greatly expanded the prior registration requirement beyond traditional tax-exempt charitable organizations fundraising in Nevada to just about any organization fundraising in Nevada, religious purposes excepted. The legislative history makes clear the changes were meant to include issue-oriented PACs. Yet the SOSO website seems to contain no mention that I can see of Senate Bill 62, even though the site references other legislation affecting fundraising.

The result is that would-be Nevada donors who are cold-called by faux charities with heart-wrenching pleas for money have no easy local way of learning that almost all of their donations would be frittered away.

Take, for instance, UWHA-PAC, which only dates back to late 2020. Its complicated financial filings with the largely toothless Federal Election Commission now include the booty reaped by Americans for Female Officers PAC and Americans for Female Veterans PAC. As well as a couple other evocative trade names, including Ovarian Cancer Awareness Initiative PAC and Breast Cancer and Women’s Health Initiative PAC. They all have called me. I am drawing the data from UWHA-PAC’s just-filed report with the Federal Election Commission for the half-year ending December 31, 2021.

By my review, UWHA-PAC received about $1 million in largely mom and pop donations and spent $1.1 million. But about $1 million of that $1.1 million was spent in fundraising and related overhead expense. Only $90,000 was spent on political contributions. So about 91 cents of every dollar raised was spent raising it, while only about 9 cents of every dollar raised raised went for the stated purpose of the PAC, which is supporting candidates.

I imagine many would-be donors would not be happy to learn of these ratios. If only they could find out from Nevada regulators.

UWHA-PAC seems to be the creation of one Audrey Stephanie Mastroianni, a Long Island, N.Y., woman who for many years has run a tax-exempt charity, United Breast Cancer Foundation, with similarly lousy financial efficiencies. How lousy?  So lousy that in 2013 her charity ranked No. 38 on the Tampa Bay Times one-off list of America’s Worst Charities, based on the low amount of donated money spent on good deeds.

Now back to those calls I got last week from “Emma” for female cops and “Simon” for female vets. They prattled on about the need for me to make a donation, trying to get me to pledge in ignorance without first sending me anything in writing. I managed to ask each how old the organization was.

Neither would give me a straight answer (August 19, 2020, to be exact), because the information wasn’t in their pre-recorded message bank. That might be because the correct answer–younger than even COVID-19–wouldn’t look very good. After all, “Emma” and “Simon” weren’t exactly calling on behalf of the well-established American Red Cross (founded more than 140 years ago in 1881).

UHWA-PAC and two of its trade names, Ovarian Cancer Awareness Initiative PAC, and Breast Cancer and Women’s Health Initiative PAC, already are nominees for my list of “America’s Stupidest Charities.” The criteria is super simple: fundraisers that call asking for a donation despite a previous critical post by me on one of my blogs. Can it get dumber than that? The list of nominees is nearby. Americans for Female Officers PAC now gets added to the list.

I emailed UWHA-PAC and Mastrionni a few days ago seeking comment on many of the points I have written here. I’ll update this post if I hear back. But based on past experience–and the inactivity of Nevada regulators–I’m far more likely to hear again from “Emma” and “Simon.”