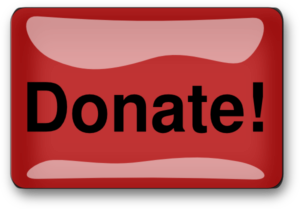 A new Nevada law that took effect on October 1 might cut down on or even eliminate the large number of “faux charity” cold-calling money solicitations made in the Silver Silver. I say “might” because Nevada regulators don’t have the greatest track record of protecting the donating public by policing dodgy charitable appeals or, as I will point out again, even enforcing existing law in this area.

Regular visitors to this space are quite aware of what I mean by a faux charity. It is a cause whose pitch on the phone sounds like it is raising money for a meritorious cause like fighting an illness or supporting law enforcement. But in fact it’s a political action committee–often conveniently omitting the letters PAC when making the telephone pitch–run by shadowy folks that take in donations very little of which are then spent for campaign contributions, which isn’t a charitable purpose, either. Almost all the donations go to fundraising and overhead, with the organizers raking off undisclosed sums.

Previous Nevada law required most charitable organizations soliciting federally tax-deductible contributions in Nevada to register with the Nevada Secretary of State’s Office and make some disclosures. But contributions to PACs by law aren’t tax-deductible, so faux charity PACs didn’t fall under the charitable solicitation laws of Nevada–a giant loophole.

Nationally, most PACs are required to make publicly available disclosures to federal agencies, but they can be hard to find and analyze. Nevada has laws requiring state registration of certain PACs doing business in the state. But I have yet to see a Nevada registration of a faux charity PAC calling me, most of which list addresses in Washington, D.C., and other far-away places.

Under the new law, Senate Bill 62, which is modeled after an Ohio statute, it doesn’t matter any more in most cases whether the cause has tax-deductibility approval from the Internal Revenue Service. Nevada registration before soliciting generally will be required so long as the cause …

… is or purports to be established for: Any benevolent, philanthropic, patriotic, educational, humane, scientific, public health, environmental conservation, civic or other eleemosynary [charitable] purpose, or the benefit of law enforcement, firefighting or other public safety personnel; or in any manner employs a charitable appeal as the basis of any solicitation, or an appeal that suggests there is a charitable reason for the solicitation.

Now that’s pretty sweeping, PAC status or not. It sounds like the law would cover most of the faux charity pitches I get at the New To Las Vegas world headquarters.

And these are just ones that have telephoned me here in Nevada at the aforementioned world headquarters. In my view, just about every caller wanted me to think their pitch was for a traditional charity doing good deeds.

Here’s what I think is the bigger issue. It remains to be seen how Nevada regulators will interpret or enforce the new law, which is why I put a question mark at the end of this post’s headline. In its infinite wisdom, minimal government Nevada long has split regulation of solicitation matters between two underfunded agencies, the Secretary of State’s Office and the Attorney General’s Office. The resulting effect essentially has been no regulation, making Nevada residents a happy hunting ground for predatory charitable-sounding causes, especially from out-of-state.

Four years ago for the online outlet The Nevada Independent, I wrote a long article about how there’s no enforcement of a law the Legislature passed in 2013 requiring a registered charity’s “most recent” financial report or IRS Form 990 to be posted “on the official Internet website of the Secretary of State.” As a result, would-be donors trying to check out a soliciting charity’s bona fides or financial efficiencies have to look at online sites outside the state where the information can be years old and out-of-date.

That law, Nevada Revised Statues 82A.120, incorporating NRS 82.100 section 5, is still on the books. And the full financial filings of charities still aren’t posted by the SOS. Not one.

According to the legislative record, the new law was introduced in the Senate at the behest of the same Attorney General’s office that hasn’t done much on the charitable regulation front but in testimony said it will try harder. It was not opposed by the Secretary of State’s office, which in my view is also MIA.

The bill drew minimal attention. At an Assembly committee hearing, representatives of Nevada Families for Freedom, which describes itself as “pro-constitution, conservative and pro-family,” and Nevada Right to Life testified against the bill on grounds it would be the first step toward requiring disclosure of individual donors (the U.S. Supreme Court subsequently struck down a California rule to that effect). There was little recorded debate in either legislative chamber or the relevant committee.

The new law has been in effect only 12 days So it’s too early to see how it–and the regulators–are working. Let’s all join the watch party.

Not three hours after posting this, I received a call at the NewToLasVegas.com headquarters from “Paul” asking for a contribution to the American Police Officers Alliance PAC, based in Arlington, Va. (I am using quotes because the voices were computer generated using soundboard technology and not real.) APOA PAC, which has been around for about four years, is a classic faux charity raising millions of dollars a year in the same of law enforcement but spending almost all of it on fundraising and overhead and not even making much in the way of political donations. Eventually, I was routed to “Mary.” I asked “Mary” if the APOA PAC was registered with Nevada to solicit in the state. “Yes,” “Mary” replied. I searched the PAC database on the Nevada Secretary of State’s web site and saw no listing for APOA PAC. So what “Mary” said was a false statement as part of an effort to get money from me. I’m reasonably sure I’m not the only person in Nevada getting a call from APOA PAC.  We’ll see if Nevada regulators invoke their brand new law requiring registration before solicitation.