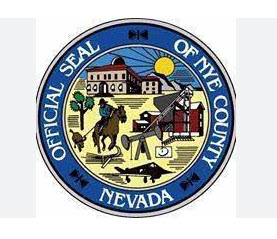 It was nearly 30 years ago when The New York Times Magazine riled the waters of suburbia/exurbia with a cover story. “The Devil in Long Island” was writer Ron Rosenbaum’s review of the seemingly large amount of strange doings in Nassau and Suffolk Counties. That’s the home to a collection of bedroom communities, now with 2.9 million residents, stretching eastward for 100 miles from New York City along the continental U.S.’s largest island. Published on August 22, 1993, the much-commented-upon 9,000-word article distressed local leaders who, among other things, thought it would hurt economic development by unfairly stigmatizing the area.

Now that I have become New To Las Vegas, I think I have found the Southwest equivalent of the nearby diabolic inferno Rosenbaum described. It is the huge but exceedingly thinly populated Nye County. The jurisdiction is a stretch of mountains, desert, desolate mining ghost towns and a Death Valley National Park portion immediately to the west and northwest of Clark County, home of Las Vegas. Like Long Island, Nye County is often in the news for lousy reasons–amazingly so, given its tiny population of just 53,000.

In perhaps their most infamous moment, Nye County voters in 2018 overwhelmingly elected a dead pimp–brothel owner Dennis Hof, who croaked right before the election–to the Nevada Assembly.

At least Hof, who died a few hours after celebrating his 72nd birthday, avoided the stain of becoming a Nye County public official. Over the years, a whole bunch of them have run into legal problems, ranging from stealing campaign signs of opponents to improper political retribution and other allegations of chicanery.

Also this year, Nye County sheriff deputies let a driver they had stopped who was obviously under the influence of something continue on his way. An hour later, the driver caused a head-on crash that killed three people.

Politically, Nye County is hard-hard-right Republican. The county hasn’t gone for a Democratic presidential candidate in nearly a half-century. Donald J. Trump got 68% of the vote in 2016, and 69% in 2020. Mark Kampf, the Republican county clerk who oversees elections, thinks Trump was rooked in 2020 and wants to get rid of electronic voting machines. County officials this year allowed a gun-toting Republican party official to chase away liberal observers watching vote-counting efforts at a county facility.

Rhyming with “die,” Nye County is the continental U.S.’s third largest county–bigger by itself than nine states. It’s so huge that the county seat of Tonopah (population, 2,000) is 160 miles from Pahrump (population 38,000), home to more than 70% of the county’s residents. So much for accessible justice. Pahrump is an hour’s drive from Las Vegas, which provides employment for a large number of Nye County residents.

Speaking of justice, the recent race before the Nye County Commission to appoint a new justice of the peace to sit in Pahrump and hear minor cases came down to two candidates. One was Leo Blundo, an ex-county commissioner with a string of speeding tickets and a domestic battery arrest (since dismissed). The other was Michele Fiore, a Republican ex-Las Vegas councilwoman whose house was raided by the FBI as part of a campaign finance investigation and who just lost her bid to become Nevada state treasurer. Fiore said she favored letting folks pack heat in the court room. Even though she isn’t a lawyer, Fiore won the post.

Nye County has been the home of other strange folks and stuff. Pahrump was the long-time base of Art Bell. His over-the-top paranormal-themed radio show, Coast to Coast AM–full of conspiracy theories about UFOs, alien abductions, super-secret Area 51 (a tiny part of which is in Nye County) and overreaching government–was at one point ranked No. 1 nationally in late-night talk radio. Bell died in Pahrump at age 72 in 2018–on a Friday the 13th–of what was officially described as an accidental overdose of a cocktail of prescription drugs. But even a Las Vegas Review-Journal editorial asked tongue-in-cheek, “Have they ruled out the involvement of black helicopters?”

Then there was Dennis Avner. He was know as the  “Stalking Cat” for his extensive surgical body modifications to look like a tiger.

It was on his Pahrump ranch that Ted Binion–son of legendary Las Vegas casino operator and murderer Benny Binion–built a vault to hide millions of dollars worth of silver bullion and valuable rare coins. Ted Binion died in 1998 in Las Vegas, supposedly at the hand of his girlfriend, Sandra Murphy, and her secret lover, Rick Tabish. Two days after Binion’s death, Tabish was caught breaking into the Pahrump vault to steal the loot. Tabish and Murphy eventually were acquitted of the Binion murder, but convicted of theft charges.

Heidi Fleiss, world-famous as the “Hollywood Madam,” relocated to Pahrump after her 1990s conviction in Los Angeles. But she fled Nye County earlier this year for Missouri after someone shot and seriously injured one of her parrots at a bird sanctuary she established in Pahrump. “There’s so many people here with no respect for anything,” she told the Las Vegas Review-Journal.

Though Fleiss didn’t engage in this pursuit in Nevada, prostitution is legal in Nye County. There are four brothels. Perhaps the most visible house of ill repute is the Alien Cathouse Vegas Brothel in Amargosa Valley on U.S. 95, the main road from Las Vegas to Reno. Years ago, I cracked the establishment was a likely destination if a UFO aiming for Area 51 landed nearby and the alien pilot asked, “Take me to your breeder.”

You think I’m out of line? Nevada State Route 375, the officially named Extraterrestial Highway for its proximity to Area 51, runs through a portion of Nye County.

So maybe it’s not surprising that the county figured prominently in the movie “Mars Attacks!” That’s a cheesy 1996 film with a big-name ensemble cast (Jack Nicholson, Glenn Close, Annette Bening, Pierce Brosnan). The plot: Invading aliens land in Pahrump and proceed to kill almost everyone before spreading out. I kid you not.

The crossroads county seat of Tonopah, briefly the center of a gold rush more than a century ago and once home to lawman/gambler/fortune hunter Wyatt Earp, has its own, uh, distinctive character. It’s home to the Clown Hotel, a 31-room lodging facility festooned with more than 2,000 pieces of clown memorabilia that has been called “America’s scariest motel.” In 1957, tycoon Howard Hughes, in the middle of buying up Nevada mining properties, secretly married his second wife, actress Jean Peters, in a Tonopah hotel room (not the Clown Motel, which didn’t exist).

Nye County was also the site of the U.S. ‘s last open-air testing of nuclear weapons, events that actually were promoted as tourist events. The county also is home to Yucca Mountain, where the Federal Government has tried to years to open a nuclear waste depository.

Nye County is named for James W. Nye (1815-1876), a New York lawyer who was appointed by Abraham Lincoln in 1861 to be Nevada’s first territorial governor. When Nevada during the Civil War in 1864 became a state (in a rigged deal by Lincoln), the state legislature elected Nye as one of the the state’s first two U.S. senators. He hired–and fired–Mark Twain as one of his Washington, D.C., staffers.

Defeated for re-election after his first full term, Nye moved back to New York State. He quickly was declared insane and committed to an asylum, where he was so delusional he thought he had died and was waiting for his coffin. When the casket finally arrived–after Nye expired on Christmas Day 1876 in the New York City suburb of White Plains at age 61–he was buried in Woodlawn Cemetery in the Bronx. One obituary said Nye had been a fine speaker with a great sense of humor but was “not over-honest.”

Clearly, the devil is a time-traveler who lurks in a lot of places.