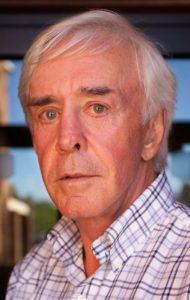 Even before becoming New To Las Vegas, I had heard of Billy Walters. He was a big-time Vegas-based gambler–profiled in 2011 on 60 Minutes as “the most dangerous sports bettor in Nevada.”

Turns out Walters, whose full name is William T. Walters, also was a big-time stock investor. A little too big time, I might suggest. Last month, he was convicted in federal court in New York City on all 10 criminal counts he faced involving insider trading in publicly traded dairy company Dean Foods.

According to the indictment and rather abundant trial testimony, Walters used confidential information over six years to profit to the tune of $43 million, either by buying shares ahead of the release of good news or selling them just before bad stuff became known publicly. Walters used tips fed him by Thomas C. Davis, Dean Foods board member and sometimes chairman who was heavily indebted to Walters and who went state’s evidence as part of his own guilty plea to a dozen charges.

Walters, 70, who professed innocence, will appeal after he’s sentenced in July. (UPDATE: He was sentenced on July 27 to five years in prison and a $10 million fine.) He also earns a nomination to my new list, It Didn’t Stay Here. This is a roster of people who got into trouble elsewhere for something that happened in Las Vegas. The still-embryonic list–a riff on the celebrated Las Vegas Convention and Visitors Authority marketing slogan, “What Happens Here, Stays Here“–can be found elsewhere on this page.

How much of what Walters was convicted of actually took place in Las Vegas isn’t completely clear to me. I didn’t attend the four-week trial in Manhattan, and daily news accounts of the proceedings were intermittent. But according to the indictment–remember, Walters was convicted on all counts, so the jury found the totality of the charges convincing–Sin City was definitely a venue for some of his purported dirty dealings.

On April 9, 2010, the indictment states, “Walter had a lunch meeting in Las Vegas, Nevada with Davis.” Walters arranged for a $625,000 loan to Davis, who “in return” told Walters about moves Dean Foods was planning to take but hadn’t announced to enhance shareholder value. Walters over the next few days bought 1.5 million shares of Dean Foods but then quickly sold them all when Davis told him in early May that the next quarterly earnings announcements would be poor. The feds charged that Walters avoided $7.3 million of losses through the use of insider information.

Besides being Walters’ primary residence–he has said he owns seven homes all over the place–Las Vegas figured prominently in the indictment in another big way. One of his stockbrokers was here.

In early 2008, the indictment says, Davis knew Dean Foods would be reporting higher than expected earnings, which generally boosts a company’s stock price. On February 25, 2008, Walters and Davis spoke on the telephone for 15 minutes. The charging document doesn’t say where either man was. But “less than 30 minutes after Walters and Davis concluded their conversation, Walter placed a telephone all to his Las Vegas-Nevada based broker (‘Broker-1’) and purchased 200,000 shares of Dean Foods stock. By the end of the trading day on February 29, 2008, Walters had purchased approximately 1.7 million shares of Dean Foods stock.

On March 24, 2008, immediately after Walters and Davis spoke on the phone for 10 minutes, Walters again called Broker-1 and bought another 462,200 shares. With a third purchase–the indictment doesn’t say whether Broker-1 was involved–Walters earned profits of $2.6 million after the good news was officially released on April 30 and the stock rose.

A few months later, in June 2008, the indictment says, Davis became aware that Dean Foods again would beat expectations and shared that nonpublic information with Walters. On June 19, Walters called Broker-1 in Las Vegas four times and bought another 1.9 million shares of Dean Foods. Along with subsequent purchases, Walters earned profits of more than $6 million after Dean Foods announced the rosy guidance on June 25, 2008, and the stock again jumped.

Later in 2010, Walters, after telephone conversations with Davis about forthcoming but still-secret bad news, put more trades through Broker-1, avoiding $22 million of losses.

Another unidentified person in the indictment, “Individual-2” used a stock tip from Walters, who had gotten it from Davis, to trade in Dean Foods stock and earn $931,000. According to press accounts, that person was famous golfer Phil Mickelson, who used the money to repay loans he had from Walters, a long-time golfing buddy. Mickelson wasn’t charged in the case–the feds apparently couldn’t prove Lefty knew the tip came from an improper inside source–and didn’t testify. But he agreed to forfeit about $1.1 million in proceeds and interest.

It probably didn’t help Walters–who declined to testify at the trial, as is his constitutional privilege–that Davis testified he was given a disposable “burner” cell phone, which he called the bat phone, to send text messages to Walters with tips using code words (Dallas-based Dean Foods, he testified, was referred to as the “Dallas Cowboys.”) Davis admitted that after FBI agents interviewed him as part of the investigation, he threw the phone into a creek near his Dallas house. Despite an FBI search of the waterway, the phone was never found.

As a long-time business journalist, I think I know how Walters got caught. His many huge and well-timed stock trades in a single company–repeatedly buying before good news, selling before bad–caught the attention of regulators, or more likely their monitoring computers, who flagged them as a little too well-timed. Once regulators started focusing, it was just a matter of time until someone cracked, in this case Davis, the inside source.

Since Davis spilled at least some of his beans to Walters in Las Vegas, which Davis explicitly admitted when he pleaded guilty in his own case, I’m also nominating him for the It Didn’t Stay Here list. Misery loves company.